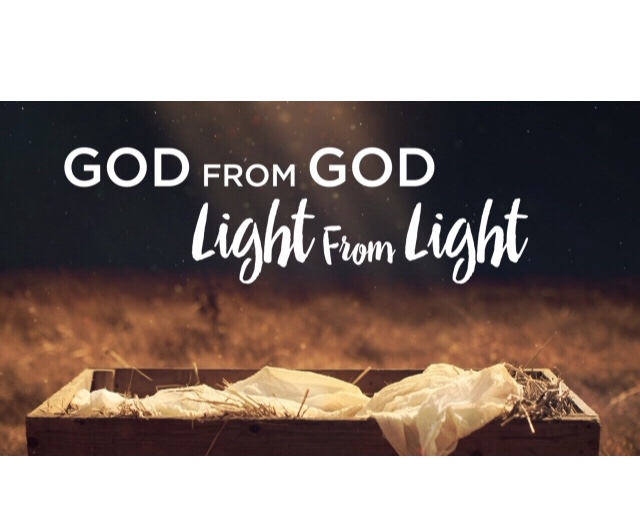 By Fatima’s Peter the

Since the Immaculate Conception is NOT, again I say is NOT the 3rd person of the Trinity and Jesus has an eternal Origin meaning God can only come from God, Our Lady had to be infinitely infused with the Lord Giver Of Life as ONE. Our Lady and the Lord Giver Of Life infinitely United as ONE ALLOWED Jesus birth that was both a divine birth and having eternal origin meaning it fulfilled universal truth found in the Universal Creed, “..God from God, Light from Light True God from True God…”

God made the universe by HIS divine design. He chose to reveal himself as both Man and God in respect and infinite wisdom of Gods on Divine Design He had a human birth with an eternal origin that by nature was divine. THE only way for God to exist as Man with respect to divine design is for God to infinitely infuse the Immaculate Conception with the Lord giver of Life as ONE. This unity was a Gift to Our Lady and only proves Gods Divine omnipotence with respect to Gods divine design. For God to go outside his divine design of human nature would undermine His own divine designer as well as Gods divine omnipotence to be born yet have an eternal divine origin.

In Short, God created man and universe by divine design. For God to go Outside of his divine design as to become God and Man with out birth would be undermining His omnipotence and trashing His own divine design inwhich woman gives birth.

People always talk about this power of God but have no clue what it is. The power of God is to “Birth” life! This is why Satan is always trying to kill life. Gods divine design of humanity in the universe it is the femininity of the 1 God who Births life as seen in Image of the woman within mankind. No masculine entity has ever given birth. Jesus knew this and it’s why He explained that man must be reborn of the Holy Spirit which is the Femininity of the 1 God the Jews know as Sophia meaning wisdom.

PS you know this make since. It’s time to embrace Catholicism and ole Peter the Roman and let’s together go set the world on 🔥.

One thought on “Being Born God”

This is a text widget, which allows you to add text or HTML to your sidebar. You can use them to display text, links, images, HTML, or a combination of these. Edit them in the Widget section of the Customizer.